The Electric Car Industry Is On the Rise: Why Your Company Should Tap Into This Market 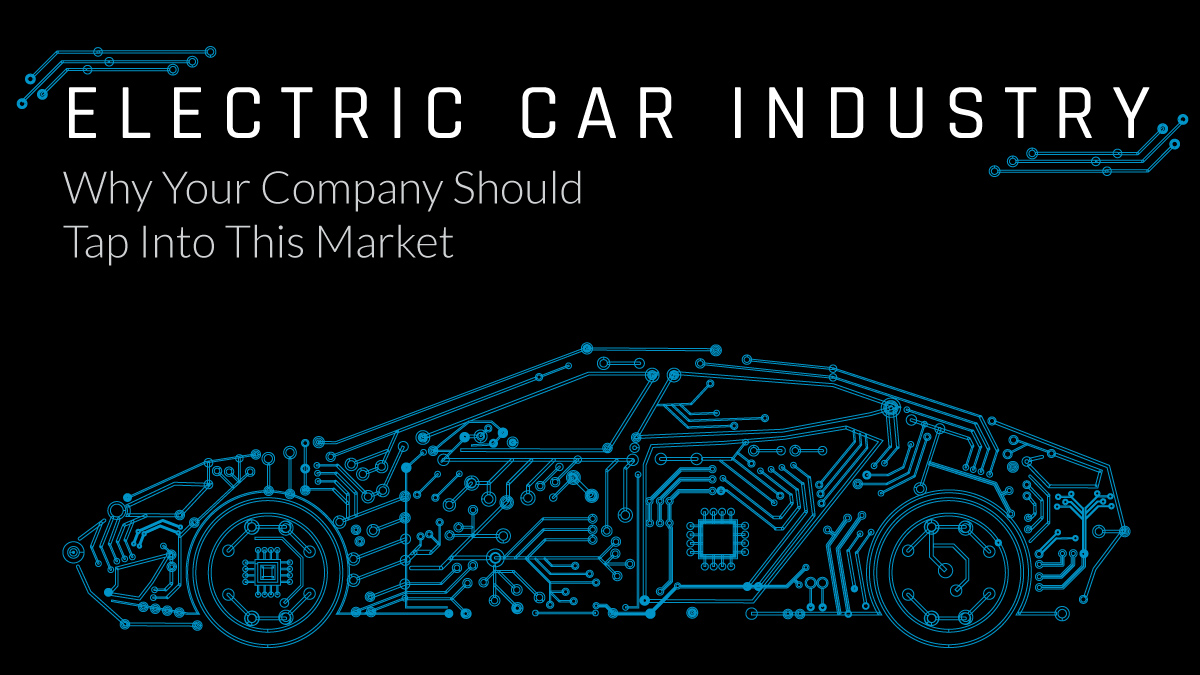 Despite the huge benefits that electric cars can bring, many automakers and auto dealers continue to put these cars on the back burner.

If recent reports are anything to go by, the electric car industry is on the rise as more drivers look for more efficient vehicles.

Here’s why and how your company can tap into this market.

Reasons to Venture into the Electric Car Business

There are many reasons to invest in the electric car business right now. Read along to learn some of the top ones.

The fairly conservative American market has started shifting in favor of electric cars. Today’s consumers have realized that an electric car is far much cheaper to maintain than a fossil-fueled model.

Plus, electric cars tend to be much lighter and faster than other types of vehicles.

The electric car has a battery that can last longer than a traditional battery. The battery will need a replacement when it can no longer hold a significant amount of charge.

Nonetheless, buyers and consumers have come to realize that the huge cost of batteries is a small price to pay. In the long run, electric vehicles still have more to offer.

Automakers are in a race to show their commitment and contribution towards making the environment greener.

With increased pollution, now more than ever, it is clear that fossil-fueled cars are having an adverse effect on everything and everyone around.

The adoption of electric-powered vehicles is, therefore, a viable solution to help lower air pollution making both urban and rural areas healthier and cleaner places to live.

When out shopping for a car, it is unlikely that the first option a car salesman would give you is to ask you to test drive an electric car. Ever wondered why? They probably don’t know much about electric cars as they do about fossil-fueled cars.

But the script changes when a customer comes in and asks for a specific type of an electric-powered vehicle. This has forced car suppliers and companies to educate and inform themselves about electric cars.

With the goal of maintaining customer satisfaction and making more sales, automakers, and auto suppliers have joined the bandwagon and have softened their stance on electric vehicles.

Companies looking to purchase company cars and people looking for functional vehicles are now more inclined to buy electric cars, all thanks to government incentives.

The incentive by state incentive, on the other hand, offers additional tax credits, registration fee reductions, low-cost rates of charging, and subsidized loans and so on.

In support, other cities in various U.S. states offer perks such as free public parking, free access to bus lanes and HOV lanes, free charging of vehicles on all public charging points, exemption from ferry fees and exemption from toll charges.

How Automakers Can Maximize Profits in the Electric Car Industry

Going by the pointers above, it is clear that the shift to electric vehicles is bound to happen sooner or later. But as an automaker, have you considered venturing in the electric cars industry? How have you positioned yourself to make as much profit as possible?

Here are a few tricks to make sure you stay ahead of the game:

Some electric car companies have isolated themselves by unveiling posh luxury electric cars. But if you want to sell more cars and make more profits, you should focus on offering cheaper lower range cars for use in urban areas.

Such cars are easier to maintain and perform just as well as fossil-fueled cars on urban roads. This is a quality that will make them more likable to your customers.

A lot of people say that they would be open to buying electric cars if they were more informed about how they work.

Rightfully so, customers want to know what they are getting themselves into if they purchase such a car. For instance, how often will they have to turn in their car for maintenance, how much does its spare parts cost, and how long is the cars’ battery life and so on.

When your clients are well informed about the risks and the advantages of electric cars, they will see that electric vehicles have more to offer and will ultimately make a purchase.

As things stand now, those customers able to buy high end, luxury electric cars seem to be well catered for. But what happens to the willing buyer who can afford a lower cost, functional, lower range electric car?

Some buyers are simply looking for mobility, others are looking for higher performance at a lower cost.

The electric car industry has caught the attention of major players in the automotive arena. As a result, efforts to make electric cars more friendly, cost-effective, and easier to maintain are underway.

More efficient models are coming out, better technology is being put in place. Now, electric cars have batteries that charge faster and are less pricey in case they need replacing.

If you have any questions about the electric car industry or the automotive industry in general, you’re welcome to contact us.