Meet the Autonomous Driving Companies That Are Fueling the Future 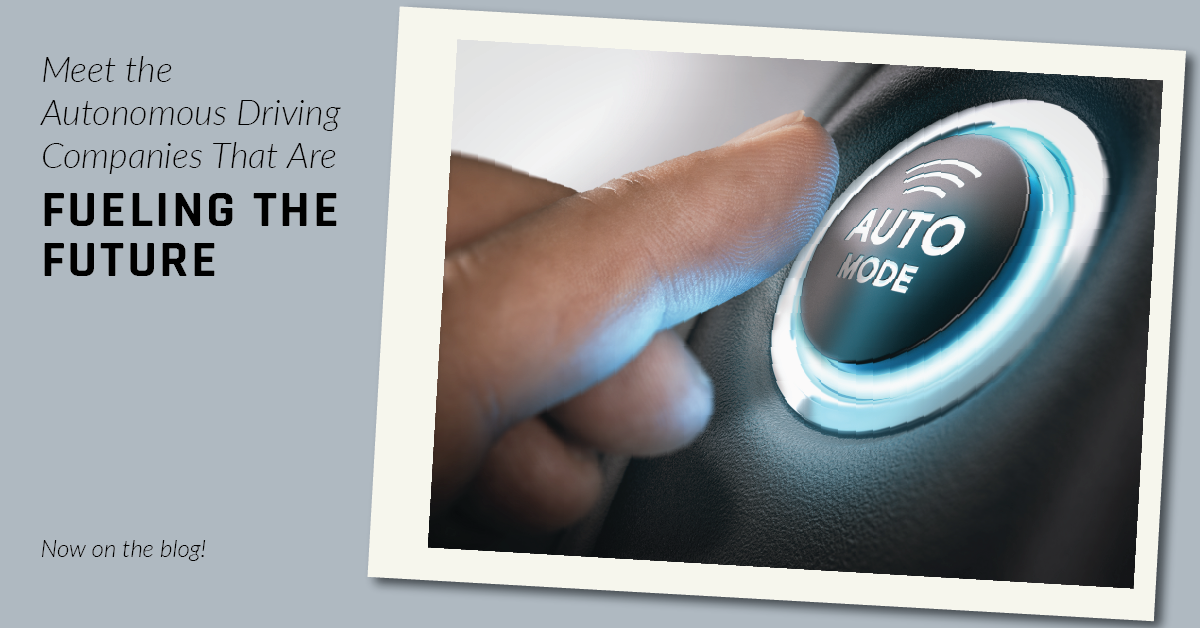 Autonomous driving still has a futuristic ring to it. It’s akin to flying cars and helpful home AIs. However, in today’s age, several companies are pushing boundaries where autonomous driving technology is concerned.

Excitingly, it’s no longer a plot of fiction. Instead, vehicles that don’t need human operators are becoming more plausible as these autonomous driving companies continue to innovate and pioneer the road ahead.

The rise of autonomous cars could potentially save thousands of lives, reshape cityscapes, reduce carbon emissions, and provide more freedom of movement.

Are you as excited as we are? In this article, we’ll introduce you to the autonomous car companies that are fuelling the future.

Tesla keeps innovating across the board. While their vehicles aren’t entirely autonomous, the company offers ADAS features, an autopilot system that allows cars to steer, accelerate, and brake on its own.

Tesla vehicles can also steer themselves towards highway interchanges and exits. Achieved through ultrasonic sensors, cameras, radars, and other onboard technologies for semi-autonomous driving. Tesla hopes to expand upon this in the next few years.

Waymo was previously known as Google’s self-driving car project. They’ve worked on autonomous driving for years. In 2018, the company launched a commercial ride-sharing service called Waymo One. This allowed users to ride in a self-driving van for local travel.

Also, just a few months ago, Waymo removed its human safety drivers from its Waymo One service. This makes Waymo a key leader in the autonomous driving industry with safe-to-use, autonomous vehicles already on the road. The company claims self-driving service can be used by over 1,500 active users each month!

Argo AI, a startup owned by the Ford Motor Company and presently testing over 100 vehicles in at least six cities across the U.S. The business has attracted a sizeable investment of $2.6 billion from Volkswagen.

Unlike Waymo, Ford doesn’t foresee Argo AI building its own vehicles. Instead, they hope to manufacture self-driving technologies for other companies to use. They wish to play a significant role in pioneering the way for fleet-based autonomous driving. As such, their services are primarily intended for robot-taxis and delivery firms, but may eventually expand into consumer sales.

Patiently Waiting for Autonomous Car Companies Will Pay Off

Self-driving cars might not hit showrooms in the near future. However, developments in this field are happening every year and are certainly pushing boundaries. All three of the autonomous car companies above have made enormous strides in developing safe, autonomous driving technologies.

But other competitors are matching their efforts. Companies like Apple, Audi, BMW, Baidu, and many more are all investing in startups and ideas that could take autonomous driving to the next level.

There’s hope we’ll see many more developments in the next decade and, hopefully, we’ll come close to a wholly revised traffic system as time progresses. For more information, please feel free to contact us today!