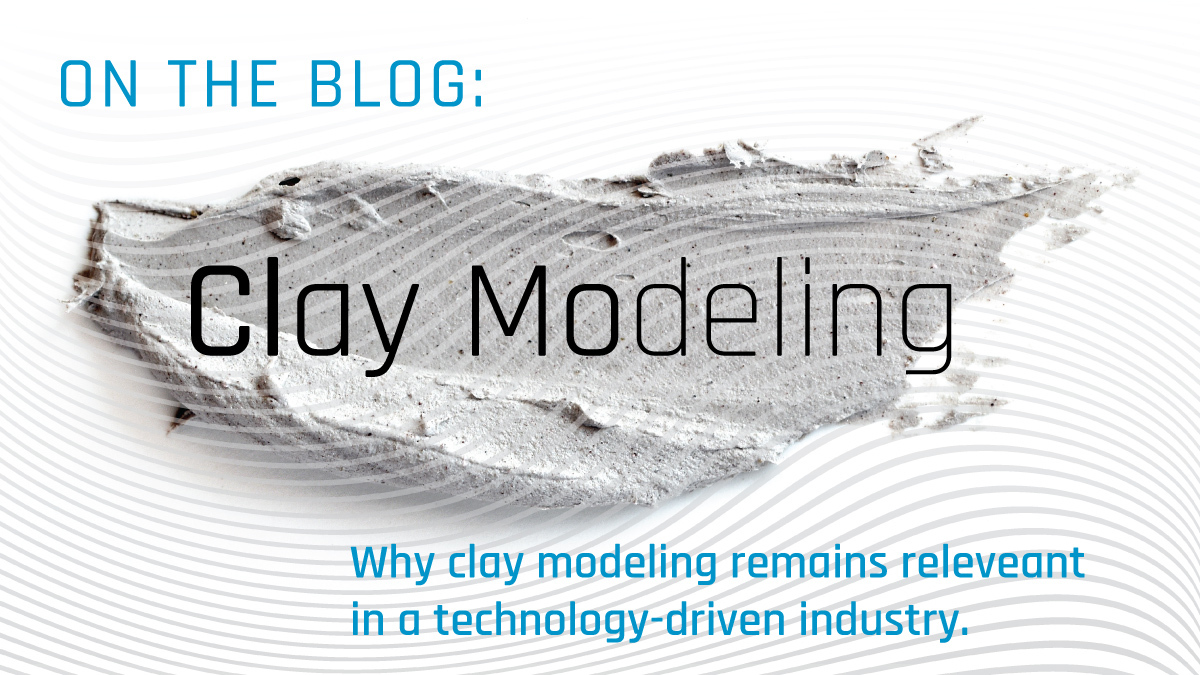 Automobiles have developed to a point of extreme sophistication. They can drive, park, and find locations on their own in some cases. Heck, humans have even shot a vehicle into space.

Despite the rampant advances in technology, automobiles still have a pretty simple element in their make up. On the design end of things, automobiles are still fleshed out using modeling clay.

Yep, people use clay to design their vehicles while thousands of dollars in computer technology sits looking on. But why?

We’re going to discuss the practice of using clay modeling in auto design, giving you a better appreciation for how things get done in the car world.

Why Use Clay Modeling?

Cars didn’t always have the same style, aesthetic value, and design as they do now. Sure, there was the wealthy elite who bought the most fashionable cars from day one, but most people who bought a car did so because they needed one.

It was a utilitarian device used for transportation. As things moved forward, starting in the late 1920s, vehicles hit the market with a little more variety. When the industry was strong, consumers had the option to focus on more aesthetic qualities rather than utilitarian ones.

A man named Harley Earl was a vehicle stylist at this time. He pushed the conception of a car from being a useful object toward the idea that it could be a work of art.

A useful, beautiful accessory rather than something to drive your way into town with. Earl noticed that blueprints and drawings of cars were not quite conveying the idea of what a car would be.

At the same time, you had to show ideas without devoting thousands of dollars to building real models of possible cars. His solution was modeling clay.

It allowed him to design a vehicle with extreme specificity. Additionally, people looking to purchase or distribute the vehicle could see and feel it before it was put into production.

But why have we kept this seemingly primitive process instead of working with, say, computer animation?

There’s something special about a sculpture. The fact that auto design is pulling from practices that are ancient and historically associated with high art is something important.

Seeing a clay model of a new design is similar to seeing an artist’s studio. You walk in and see the works of art that haven’t been hung at a gallery, and maybe they’re not entirely finished.

There’s something to be said about feeling like you’re involved in the process in this way. Potential customers can see the product and feel as though they’re seeing a little glimpse into the future. Packaged in an artistic rendition of a physical car.

It’s practical to create things with clay as well. Instead of fussing with computer design and machinery to design vehicles out of metal, working with clay allows craftsmen to fine-tune their products with a human touch.

The element of the design should have an element of human intervention in it. While humans are at the helm of great technological machinery, they often don’t get their hands dirty.

Making small grooves in a moment of inspiration, or creating a design out of your own mind and your own hands are all things that play into the final result.

Let’s give an example. Think about walking into a kiosk in the mall and buying a cup of coffee. You press a few buttons, see the machinery find the right cup, pump the right coffee, and present it to you to take.

Drinking that coffee is probably going to be fine, but it won’t be exceptional. Now, think about going to a really fine cafe. You order your usual drink and watch the barista take their time with it, using the equipment in a way that requires skill and craft.

The second cup of coffee, somehow, will probably be more enjoyable. Everyone’s preferences are different, but a little authenticity goes a long way.

Someone designing a vehicle with clay isn’t going to have any technological hiccups in the process. Sure, there might be some particular methods to use with certain forms of clay or styles of car, but the learning curve is going to be relatively non-existent.

We play with clay from the time we’re babies. It’s intuitive to us and it’s one of the few mediums that allows people to really use their hands and create something of their own.

Even sculpting requires extensive tools, chisels, stone, etc. Clay is so malleable, agreeable, and satisfying to use that it makes sense for individuals to want to use it in their creations.

It clears the barriers between a person’s idea of a car and the actual design that comes out. Don’t get us wrong, there are certainly a lot of tools used in the creation of these designs, but the principle remains the same.

The Process is Very Involved

The art of clay modeling isn’t as simple as stepping into a studio and whipping up a fancy looking car. There are months of preparation, sketches, planning, and decision making involved before the final product is made.

It’s a difficult thing, and that’s why talented individuals are the ones designing our cars. That human element is involved in each step of the way, though. Instead of designing parts and frames online, people have to make conscious decisions and use artistry as they make the machines. 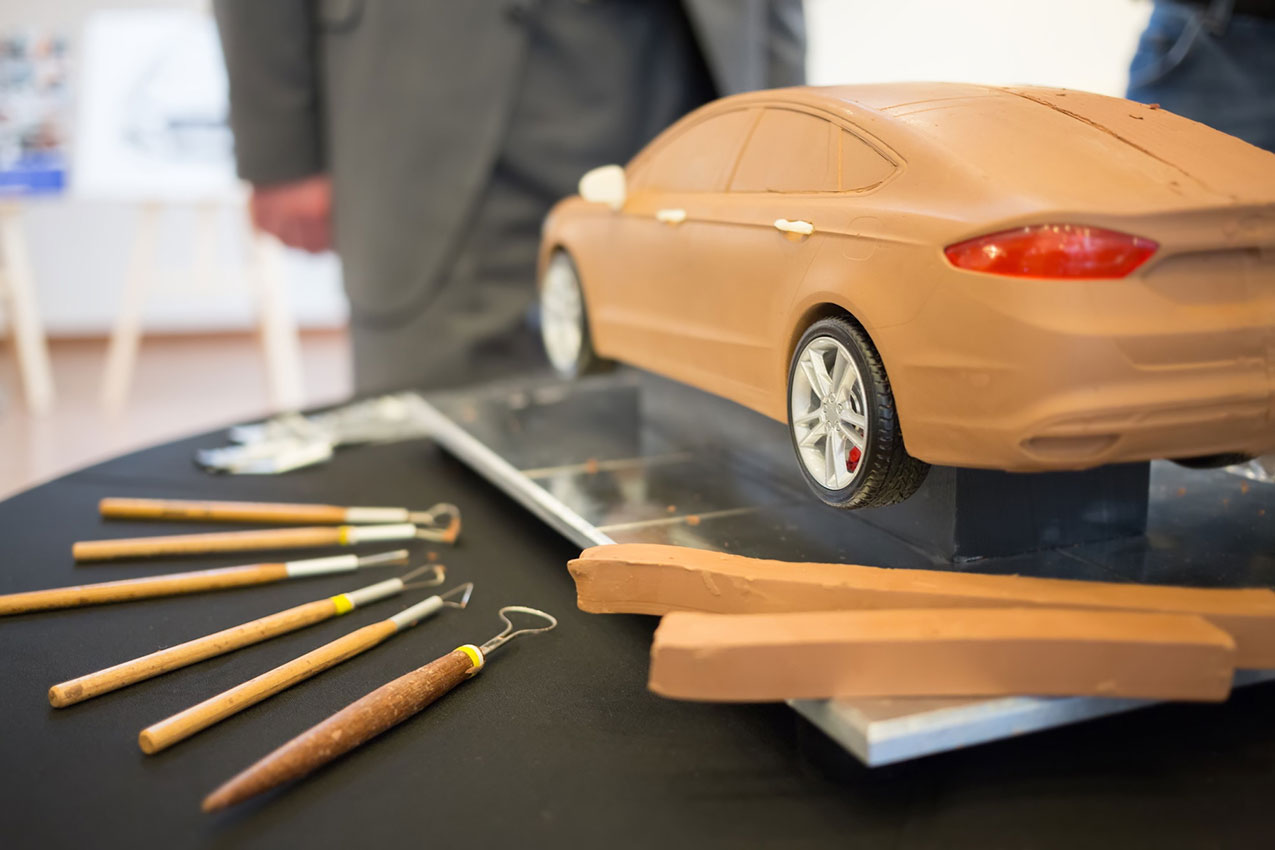 In a world where almost everything is automated or influenced by sophisticated technology, it should be appreciated that vehicles are crafted. In the old way, by human hands, and with human intuition.

The history of clay modeling is just one specialized area of car history that will open your eyes. There’s a lot involved in making cars, and a lot has happened to get us to where we are today.

Explore our site for information on parts, businesses, vehicles, and more.